Can women have it all?

‘The age of the classics is over’ said an aging man in the park in Mumbai. I walked past him but got curious to know what he was trying to say as his friend had a cynical smile on his face munching tobacco. I took a comfortable seat close to theirs and over heard their conversation. 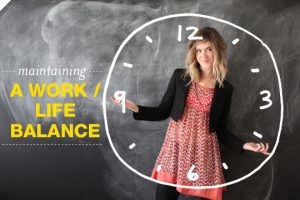 ‘Why are women struggling in the corporate world, dragging themselves in trains and cabs? Hope no one is listening to me, the women activists can drag me to court! I feel sorry for all the women who struggle to cook food in the morning, pack lunch, leave the kids in school on time and rush to their cars to go to work; return home to find a disgruntled husband, irresponsible children and there she goes on working.

‘There could be economic necessity my friend’. All demands are self created, one has to choose between relaxed happy lives or struggle filled life for no reason. Man has become less motivated these days only because they know there is an extra income coming in from his wife. Is man ready to share her burden of taking care of kids, food and cleaning?

Women have nothing to prove, they have the natural instinct of compassion, generosity and kindness that is needed to build a home for her family. What will happen to her education? The need of the hour is education to understand the environment and be capable of multi tasking; men cannot do that for sure. 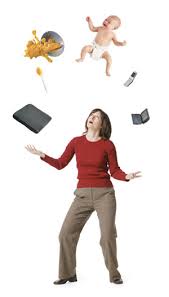 Some women feel that there is a force on girls to be as qualified as boys to fill the gender differences; it is a myth. In the corporate world, the sexist attitudes of men make them point a finger at female gender for getting their way around the employers. It is hurtful and at times challenging to prove their true abilities. Has our society made women unnecessarily ambitious? Does she want to put herself through the discrimination for empowerment?

Can she balance work and life with commitment? Does she feel guilty looking at her children? Is she looking for freedom? When she gets married and wants to have a family; what are her emotion? Does she want to have the cake and eat it too?, It is easier if one can make a choice or set their goals before having babies as it is hard on the kids to be left alone with nannies or to expect them to be on their own. The young parents of today never had the chance to be left alone as their parents were dedicated to their homes. For example- In the film world where there is money and fame; it becomes a male prerogative as female actors take a back seat after their marriage. Society does not accept them on the screen. The equality of men and women, empowerment of women are all spoken words by men; they have no value in the larger scheme of life. There are rape cases happening all over the world; there is sympathy in debate shows and living room conversations but people shut their doors on the issues of women.

Can the developing or the third world countries handle the change of women’s role or her independent culture? Should women be more aware of themselves in the modern setting instead of rusting the society that only talks of emancipation of women and does not want to act on it? There has to be way out for balancing work and life. Goals have to be clear in any phase of our lives, no one need to prove anything to anyone; women have a role to play that is close to her heart and they should be allowed to choose their way of life.