The almighty designs the universe and the selected few are devoted to saving human lives on the earth. The doctors or gods of medical science have a special instinct to cure the diseases. The world respects that.

They have sacrifices to make as it means to deal with conscience, emotion, and compassion. Medical people are god sent agents; kindness, trust building, love, and kindness are the main source of strength that they need to make us bounce back to normal life.

When I write about the changing times, it includes people from all walks of life but never thought even the medical gods would undergo psyche changes. The reason being we always look up to those as gods who can bring us back to life in a second. 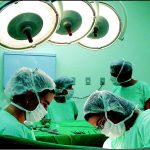 The modern technology in medical science is the landmark of human existence; it has challenged man s brain beyond doubt. Painless bloodless surgeries, keyhole interventions, MRI scans, multiple slides of the human body, that has put the mortality rate on a high scale. However the complications that are involved in the modern medical practice are too many and highly stressful.

For example- when we see a huge tree dying, we look in to various aspects of it like the age of the tree, branch infection, root damage etc to determine the problem. I am sure human life is even more precious. The specialization in medical field is quite alarming as human anatomy cannot be always viewed in isolation.

In order to manage different specializations doctors need an institution where the patient is sent to different rooms for analysis. They have to become businessmen. The doctors have to sell themselves to run the machinery of his hospital. The balance of compassion and business needs mind power.

The whole procedure is entangled in the global network that requires careful monitoring of the medical world. Increasing unknown bacteria, non reacting antibiotics have left mankind groping in the dark except to follow the living medical gods. Who else can redeem humans from the pain of the unknown diseases? Who else but the gods of medicines can know that the blood analysis and the whole anatomy profile is needed for any surgical intervention? Where has the wholesome medicine and reassurances gone?

Specialization is a spectacular feature that helps to diagnose but the treatment almost remains the same. We can run from pillar to post getting our anatomy analyzed and as the patient wants to be re valued again as there is minimal trust between the doctor and the patient. What has the over specialization done to us? Can the humans really complete researching the universal anatomy; can we ever be sure of what is going on in each individual constitution?

Humans are part of the changing elements of nature (fire, earth, water, space, and air) and are connected to heart, stomach, blood, nerves and veins. Everything changes with time, environment, mental conditions, and life style; can we expect the rays of the sun to be constant, can we stop the waning moon. Chemically composed human body also makes us different from each other.

The researched medical science is a great gift for mankind but it reflects a natural ignorance in the application of the theory. Medicines have become specialized, hence need for more money; insurance has their own specializations so the patient reaches the place of cure in trauma.

Defensive medicine, fear of being sued, the insurance hassles have made the glorious discoveries of science in to a mere feeling of brain victory. Patient wants a positive assurance before he surrenders to the gods of medicines.

Robotic nursing care, robotic surgeries, institutional management hazards may put man in delusion of being in the best care in the world of modern medicine; but it is time to rethink on medical health. The pharmaceuticals play havoc in the field of medical science by hiking the price of even life saving drugs.

We are marching in to an era of intelligence and technology; it fast paced although it is human discovery it is taking over human brain. The mighty universal energy has a way to set right human excesses; wake up before it too late!