Younger generation feel the shift of the wave in the civilization. Parents who thought of educating their daughters only to get them married in to a good family at the right time for fear of society. Older generation almost lived on denial and never checked whether their children were truly happy in their marital life. 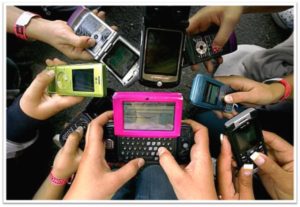 However the definition of happiness itself has undergone a huge change. It is a perception of people but the true happiness still remains the same-in giving, being compassionate, understanding, good hearted, and positive confident approach to life.

Today young Indians sneer at the old thought and are very happy at the new found identity of emancipated women who love to own a bank balance, feel free to walk around the world, and fall madly in love with confidence. Elite urban women hope that living in will lead to marriage and if not, they sob, get a haircut/hobby and announce their single status on face book. The electronic media has created a revolution in the world. 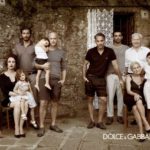 There are many positive changes in the world today in relationship between friends, spouses, parents, in laws. It has become more casual and natural. Friendship has taken a different meaning. There is less interference but good support system when needed. I find it very healthy. Men have accepted the role of women in the society; parents in law feel the need to bond with their daughter in laws to keep their sons happy.

Younger generation feel comfortable in the company of their in laws as the maturity of the older adults also want space in their relationship. They have seen the nagging old in laws of their own in life and they have learnt the art of living in peace and harmony.

There are many factors to the changes; the post independent products have struggled to give best education to their children as it was not easy then when the British left India with full of political and financial problems. The modern generation can boast of many things today because of the affluence given to them by their parents. We cannot compare ourselves with the western society.

Children are raised in a different way today; they are given options in life to choose what they want, there is pressure still in the Indian society on children to compete with others that takes a toll on their lives. At times the parents can flip over the edge and micro manages their kid s behavior, activities that make them lazy and irresponsible in the future. The pendulum of culture is swinging fast from the old thought and it is natural.

We live in mixed up times; people from small towns and villages have joined the ranks of middle class; thanks to the education and big fat salaries. One cannot ignore the pub culture that is fast growing in small towns in India; it is not alarming but our minds have experienced the other side of the culture too. Hence it is difficult to balance the shift of times.

‘One is not an outcast if one is divorced or single’ writes a modern young author; no one has the right to judge anyone on personal issues but old mind takes time to sweep with the changing wave. Every society has its own mind sets and they can only live by those standards.

The western society is an infant in its growth as a civilization; it knows no better as there is no baggage of tradition on their shoulders, the eastern world has seen a matured time tested civilization that is still breathing. We are coping well with the changes in relationships, family system, social media and life styles that are at our door step today.

“We cannot get out of the hangover of the past life style that has worked for centuries”, hence the growing generation keeps talking about their mind sets and seeks approval by condemning the old.

The change in relationships is a natural phenomenon as people try to experiment and rediscover all the time in the world. As educated lots try and find out the consequences of the changing actions and reactions and learn the living skill to support yourself.